Propolis, the healing power of bees... 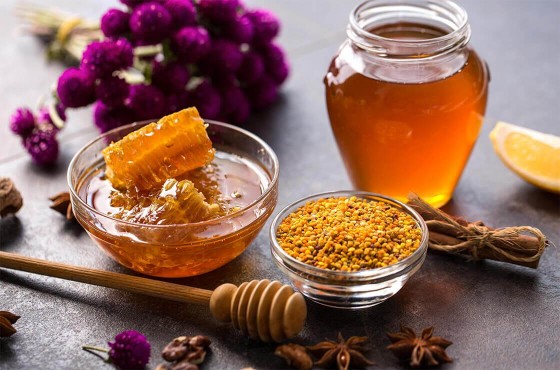 Propolis is a rich substance made by bees to keep their hive waterproof and healthy. Made up of more than 300 types of molecules, it has been known since Ancient Egypt and Greece for its amazing properties. How can you enjoy its benefits?

Propolis is one of the most fascinating products from beehives. To manufacture it, the bees collect resin in the spring and late summer from the buds and bark of certain trees, such as chestnut, coniferous and poplar trees. They mix all this with wax and saliva secretions to make between 300g and 1kg, depending on the species, of a more or less sticky substance depending on the outside temperature.

Propolis varies in colour, from light yellow to an almost blackish brown. It fulfils many functions within the hive. The word propolis is of Greek origin. It is composed of “pro” (before) and “polis” (city), as its first discovered function was padding the hive opening with a changing geometry to suit the climatic conditions. Bees also use propolis to fill gaps in the hive and line the cells before the eggs are laid, as it seals and sanitizes the walls. Finally, if an animal like a field mouse enters the hive, after taking care of it, the bees, unable to lift it up to remove it, mummify it in propolis. This completely stops it from decomposing, thus preventing the hive from becoming contaminated.

Royal jelly: Another apitherapy treasure
Propolis should not be confused with royal jelly, another beehive product. This substance is produced by bees to feed their larvae. All larvae benefit from it for three days, but then only the privileged ones destined to become queens will continue to receive it. Royal jelly is used as a dietary supplement, especially during periods of physical or mental fatigue.

What are the properties of propolis?

In Egypt, at the time of the Pharaohs, propolis was already one of the products used for embalming, while the ancient Greeks knew of its healing and antiseptic properties for the skin. It is said that the English army used it to care for soldiers during the Boer War in South Africa at the end of the 19th century. Since then, its range of known benefits has continued to expand.

Propolis is a powerful antimicrobial (bacteria and viruses), as well as an anti-fungal, all of which justifies its use for the conservation of Egyptian mummies and the internal hygiene of beehives. It is known for:

Finally, studies performed on mice have highlighted its anti-tumour effects (reduction in the development of metastases) and an increase in the number of blood cells and platelets during chemotherapy treatment. The anti-tumour properties of propolis are mainly present in green propolis from a plant called Baccharis dracunculifolia, in the Asteraceae family. Still very little used in France in this field, it is already much more commonly used in Japanese hospitals as an adjuvant to cancer treatments.

Propolis is collected from beehives using a variety of methods (by scraping the frames or using specially placed grids to recover it). Wax and impurities are then removed from it before it is macerated in water, alcohol or oil to extract the active molecules.

Propolis is available in many forms, but it is important to choose quality-controlled products because, depending on the origin of the resin collected by the bees, it may contain pollutants (pesticides and heavy metals). Ideally, it should be organic and from a variety of different French regions to ensure its homogeneous composition and relatively constant properties. Similarly, the extraction method is important, as the recovery rate of flavonoids is not the same in each case.

How should propolis be used?

Propolis is not a medication and it should not be used as a substitute for going to see your doctor, if necessary. That said, it can be of interest to test its benefits by trying the high-quality propolis-based products carefully selected by Cocooncenter, available in a variety of shapes and forms.

Our selection of propolis-based products

For instance, a two to three-week course of treatment at the changing of the seasons (not longer due to the risk of allergic sensitisation) can increase resistance to infection. It is very easy to use when presented in vials (sometimes in synergy with plants) or capsules. Similarly, formulas in the form of sprays, syrups, or even lozenges to relieve a sore throat are also available. There are also propolis massage balms, toners to treat acne flare-ups (antiseptic and anti-inflammatory effect), etc.

Concocting a home-made healing balm
Need to treat cracked skin or heal a small wound? To speed up the healing process, try this: Mix a vial of pure propolis with lavender or thyme honey, store it in the refrigerator and apply it to your skin several times a day.

It must be acknowledged that few clinical studies have been performed on humans in France to demonstrate the effectiveness of propolis. However, in vitro and animal studies speak for themselves, as does the long history of its medical use based on experience and observation. 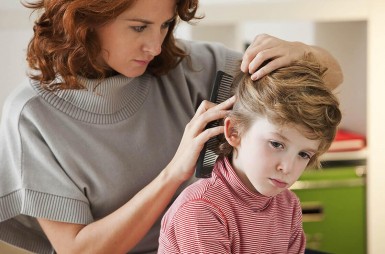 Lice: everything you need to know to get rid of them
◀◀ 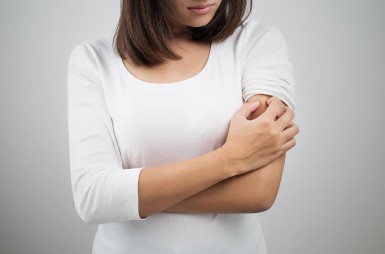 Psoriasis: natural treatments to improve your quality of life
►►
You will also like