The fight against cellulite:
keeping dimpling at bay 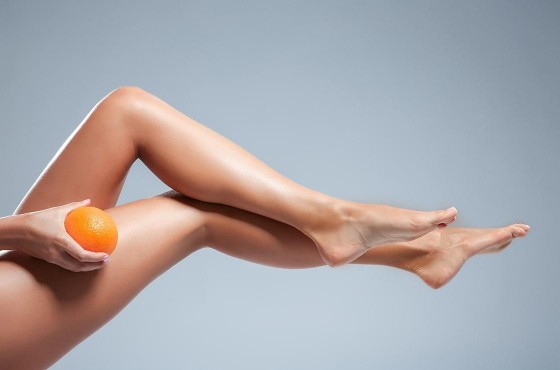 Commonly known as orange peel skin, cellulite affects almost 9 in 10 women but only 1 in 10 men. Although completely harmless, most French women consider this skin complaint to be extremely unsightly and will try anything they can to eradicate it. What is cellulite? Why does it affect so many more women than men? Can it be tackled?

What do we know about cellulite?

The causes of cellulite

Cellulite is caused by an increase in the number of fat cells (adipocytes) under the epidermis. As they increase, the areas containing these fatty tissues expand, resulting in dimpling.

The dimpling tends to be concentrated around the hips, stomach, thighs and the tops of the legs.

There are three types of cellulite:

Aqueous cellulite, also known as “oedematous” cellulite. This is the result of significant water retention and can make affected areas feel swollen. Poor circulation is the key factor behind aqueous cellulite.

Adipose cellulite is caused by fat deposits and excess weight. In this case, the orange peel effect is caused by a diet too high in fat. In other words, the amount of fat consumed is greater than the amount that is burned by the body. The excess fat prevents the circulation of toxins and causes inflammation.

Fibrotic cellulite predominantly affects adults. As we age, the skin’s tissues sag, and the collagen fibres harden. This, combined with a lack of exercise, causes the fat cells to expand, compressing the blood vessels. Instead of being broken down, the fat cells become concentrated in certain areas. Fibrotic cellulite is the deepest, most painful form of cellulite and the most difficult to get rid of.

Why are women more likely to be affected than men?

The female body has twice as many fat cells as the male body. This large number of adipocytes plays a crucial role at certain times in a woman's life. They enable the body to store enough fat to support its needs during pregnancy.

At the same time, female hormones promote the accumulation of fat during different stages in a woman’s life, such as puberty, menstruation, pregnancy and menopause. Another intrinsic factor is the size of the fat cells. Women’s fat cells are larger and less evenly distributed than those of men, and this encourages the cells to expand. Finally, women’s skin tends to be thinner than men’s, making lumps and bumps more visible.

Other than the high-fat diet responsible for adipose cellulite, and deficiencies in circulation in the case of oedematous cellulite, other factors can lead to orange peel skin. These include:

True or false? Cellulite goes hand in hand with being overweight.
This is false. Other than adipose cellulite, which is primarily caused by excess fat, the very slender among us are as likely to have the two other types of cellulite as those carrying a few extra pounds.

Take action as soon as possible

There are four stages in the development of cellulite:

In general terms, once cellulite has reached stage 4, it is very well-established and is extremely difficult, if not impossible, to completely eliminate.

It is therefore essential to take control of cellulite at an early stage (which is not always easy to identify) in order to stem its progress.

The benefits of anti-cellulite massage

If cellulite is the result of poor circulation or a concentration of fat cells, lymphatic drainage massage may reduce the appearance of orange peel skin. This works by stimulating the lymphatic system to allow improvements to the circulation of toxins, making them easier to eliminate. Remember that one of the triggers of cellulite is an accumulation of these toxins.

Lymphatic drainage is a gentle type of massage. Using the palm of the hand or the tips of the fingers, the therapist massages in an upwards direction to boost lymphatic circulation. This may enable the accumulated toxins to drain away more easily.

The palpate and roll massage

This can be done manually or with an electrical massaging device. The procedure involves pinching the skin and then rolling it between the fingers. This is an effective technique for reducing body fat and thereby combating cellulite.

A lack of physical activity can worsen cellulite. A lack of tone can cause the skin to sag, and contributes to poor circulation.

Sports such as horse riding, aerobics, brisk walking and cycling are particularly good ways of tackling cellulite. This is because they increase respiration and the heart rate, which has a highly beneficial effect on blood flow.

Assuming that you follow a healthy diet, there is much to be gained from using specific treatments to optimise the benefits of exercise. At Cocooncenter, you will find the following products:

Our selection of anti-cellulite cares

Many women feel blighted by cellulite and do all they can to get rid of it. However, while there are many effective ways of reducing its impact and treatments which may improve the appearance of dimpling, cellulite is stubborn. Once established, there is no miracle cure to eliminate it once and for all. 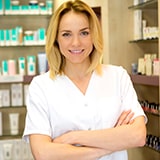 Marion
Aesthetician/Cosmetician
Certificated in Aesthetic/Cosmetic, Marion is specialized in dermo-cosmetics cares and in make-up. Through "My well-being and beauty journal", she helps you to take care of your face and of your body by providing you her beauty advices. 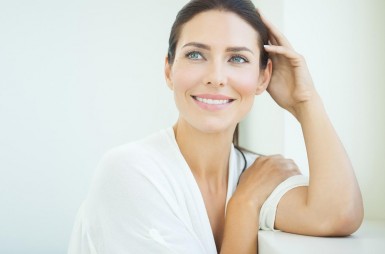 Anti-ageing cream: declaring war on skin ageing!
►►
You will also like