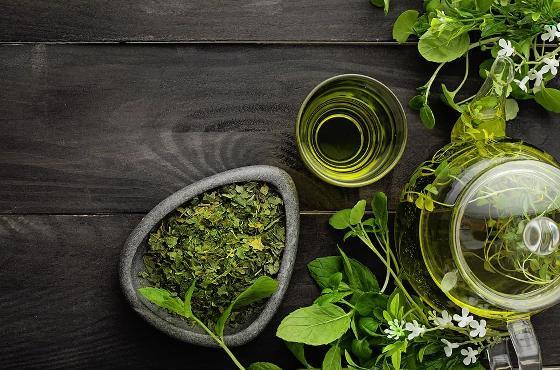 Did you know that green tea is second only to water in terms of how often it is drunk throughout the world? Of all the tea varieties, green tea undoubtedly offers the greatest number of health benefits. Find out how it made such an impressive name for itself.

The history of tea as we know it starts in China many centuries ago, but the oldest written record dates back to around the 8th century, when a Chinese poet, Lu Yu, wrote a treatise on its cultivation, preparation and symbolism. Tea appears to have started out as a drink reserved for dignitaries before gaining widespread acclaim across the population as a whole. China then began to export this precious commodity, first to Tibet and India, then to Japan. The Dutch merchant navy began importing tea to Europe in the 9th century and the delightful beverage was widely adopted throughout the world. Such is the enthusiasm for tea drinking in Britain that “afternoon tea” has become a national institution. During the 19th century, the British began to establish tea plantations in India.

Nowadays, China is the most important tea-producing nation, followed by India and Kenya. In contrast to the complex production of black tea, incorporating up to 14 stages including oxidisation, green tea is simply wilted, heated rapidly to prevent oxidisation, and then rolled and dried. In most countries, the leaves are still picked by hand approximately 4 times a year, and only the final tip and the leaves closest to it are collected.

What are the active substances in green tea?

The main active substances in green tea are caffeine, (known as theine in the case of tea, but in fact the same molecule as that found in coffee), antioxidant catechins, (predominantly EGCG or epigallocatechin-3-gallate), and L-theanine. A large cup of green tea contains between 30 and 50 mg of caffeine, while black tea contains between 25 and 110 mg. Green tea will therefore have less impact on your sleep. Catechins, of which half is EGCG, make up between 15 and 30% of dehydrated tea leaves, while black tea contains only 9% (but does contain other polyphenols). L-theanine is said to have a positive effect on the functioning of the nervous system.

How do people drink tea in different parts of the world?
Tibetan yak butter tea, intensely sweet Moroccan mint tea, Taiwanese bubble tea, Brazilian yerba mate, British afternoon tea, very black Russian tea kept hot in a samovar and highly spiced Indian tea made with boiling milk. These are just some of the tea-based beverages that can be savoured throughout the world! And let’s not forget the celebrated, magnificent Japanese tea ceremony, which is an art in itself. It is overseen by a tea master and every procedure is part of a ritual cultivating harmony, respect, purity and tranquillity.

The health benefits of green tea

Green tea should not be consumed by breastfeeding mothers or during pregnancy without medical guidance.

How can we take advantage of the benefits of green tea?

Cocooncenter offers a wide range of products containing green tea extracts, which have been carefully chosen for their quality and blend. We stock green tea sachets for delicious stimulating and detoxifying infusions, as well as dietary supplements in handy capsules or tablets, allowing you to enjoy the benefits of green tea wherever you go. Many products combine the properties of green tea and guarana, a seed rich in highly concentrated caffeine, in order to accelerate fat burning and promote cellular metabolism.

As well as being a delicious, invigorating drink, you could almost say that green tea is a natural medicinal product. As with all medicines, it should be consumed appropriately and in moderation. Trust Cocooncenter’s carefully selected products.

Micellar water: all the secrets of a multi-purpose beauty product
◀◀

Heavy legs: what can you do to restore an effortless feeling of lightness?
►►
You will also like
Join us!