How to choose the correct dummy for your child? 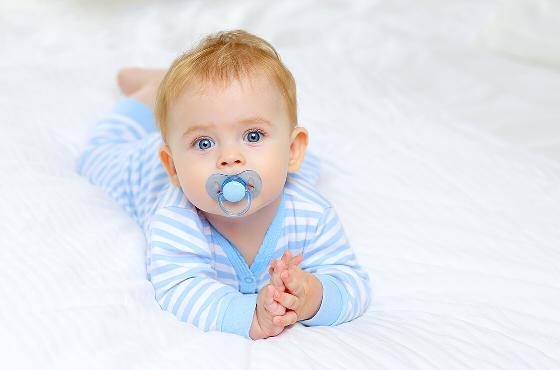 Why does your baby’s dummy play such an important role in its life?

The need to physiologically suck is inherent within a baby from the moment it is born. This sensation normally disappears at around 22 to 24 months. Initially it relates to a natural need. This reflex is particularly pronounced during the first six months. The baby is simply looking for food so as to satisfy its needs.

It is thus logical to observe this movement since the suction is innate to the babies who will be looking for suction from their mothers. The dummy is playing a role of encouraging this suction gesture, as well as that of soothing the babies.

By using the dummy for a suction movement, endorphins are set free within the infant. It is thus useful to calm it & persuade it to stop crying. Until its second year of life, a baby possesses the capacity to get appeased thanks to the suction. Thus, it is only natural that the baby tries to suck from both the mother's breast and via the dummy. Thus, in order for the baby to be appeased and in order for the baby to have an easy growth, this gesture must be encouraged. It forms an important part of the baby’s well-being all day long.

What are the criteria for choosing a dummy?

Adapting it to the child's age

For the baby's comfort, it is essential to choose a dummy which corresponds to its morphology. In this way any potential deformation of the palate will be avoided. Similarly, it is wise to aim at the first and second age models over the child’s growth period.

So as to make the best choice, please read the instructions found on the product. You will find thereon, the corresponding age class. You will have to scrupulously observe it for your baby's safety.

Did you know?
Specially formulated dummies are available for those born prematurely who have not yet acquired the necessary reflexes for the use of the dummy. Specially designed for a small morphology, there are even models with a voice recorder which congratulates the baby when it manages to suck.

Choose the material of the dummy well

Silicon or natural rubber, each material has its advantages and its disadvantages.

Silicon is transparent. The choice of this material is justified, because it is supple and soft. Children will be easily able to familiarise themselves with a dummy without any odour or taste. This material will very likely be the choice of those parents, who are counting on its durability. Indeed, its longevity is superior to that of natural rubber. On the other hand, a higher price will be expected.

Natural rubber, for its part, distinguishes itself by its brown colour. Even if its material is even suppler than that of silicon, its slight odour may be inconvenient. When the baby shows less of a need for suction, then you could think of choosing a latex version. Having a shape which more or less looks like a mother’s breast, young children specifically appreciate this.

So as to know the one which is the most suitable, parents can take the trouble of trying out both on their babies. It is the baby who will make the ultimate choice. Whichever the chosen material, do not forget to replace the dummy every quarter. When it is worn-out, it could indeed be a danger.

Choosing the best type of dummy

Manufacturers adapt their products to suit the needs of babies. In this way, parents can choose between the different types of dummies:

One more piece of advice
In order for your baby to easily retrieve its dummy in the dark, you might think of purchasing a fluorescent model. With its little light, your child can easily recognise where it is & be reassured during its sleeping night-time hours.

Make sure that you choose a practical dummy

The importance of the collar

A good dummy has an adapted collar so as to facilitate the child’s breathing during suction. Thus, when buying the dummy, parents need to check that it has been hollowed out at nose level. In this manner, the child can use it and breathe normally, without its nose crushed. Models forcing breathing through the mouth are prohibited.

The cover preserves the cleanliness of the dummy when it is not being used. It proves to be useful also after sterilisation, in order to make sure that no germs get in. This dummy cover is practical for transporting the dummy when travelling. It will be there for every need, whilst always being well protected. Walks out and week-ends away at the grandparents will thus take place in the best of circumstances.

Attachable to clothes, it stops the dummy from getting lost when the baby stops suction. This accessory proves to be very useful, as it can fall from the mouth, when the baby sucks less. So as not to lose the dummy, this smart buy is advised to all parents.

If the dummy plays an essential role in growth, it must be chosen carefully. The suction must be pleasant so as to efficiently contribute to the child's development.

The three key points to remember in order to choose the right baby dummy:

Make-up removal: an oft neglected part of the beauty routine
►►
You will also like
Join us!