The goji berry:
all you need to know about this super healthy fruit

Just like cranberries, goji berries belong to the family of miraculous superfruits that work wonders for our health. Goji berries act as great stimuli on the immune system and offer several benefits. What are their properties? How to get the most of them? They may be small fruits, but they certainly have a lot to offer.

The goji berry is a small red fruit that can be found on a tree called lyciet. The latter mostly grows in Mongolia and Tibet.

This fruit has been known in Asia for more than 2000 years. Back then, those who followed in the current of the Taoist thought saw it as the fruit that led to immortality.

It has since then been adopted in Chinese medicine. Herbalists from China often blend it with other plants to cure male infertility and respiratory diseases. It is also recommended in the prevention of cardiovascular diseases.

Goji berries made their way to the Western world in the 19th century. Their numerous properties – whose description you’ll find below – allowed for them to become more and more popular.

Since the 1990s, eating goji berry has become a widespread remedy.

Several names have been given to this miraculous small fruit: “smile-inducing berries”, “happiness plant”, “the fruit of eternal youth”…

The health benefits of goji berries

What do goji berries contain?

Thanks to its high concentration in antioxidants, the goji berry is a natural product that benefits your health on several accounts.

Indeed, it is believed to have multiple health benefits such as:

The goji berry is also efficient in:

What are the aesthetic benefits of goji berries?

Thanks to its antioxidant properties, the goji berry is seen as a real rejuvenating elixir.

Actually, its concentration in beta-carotene (a source of vitamin A) helps it fight free radicals, which are mainly responsible for skin ageing. It thus allows for the skin to remain supple and smooth for a longer time.

Moreover, the goji berry, which is low in calories, is seen as a very useful food supplement within the framework of a slimming diet. Indeed, it counters deficiencies caused by weight-loss diets while not increasing glucose levels. That’s why a lot of people use the goji berry as part of their slimming diet.

Goji berries: when and how to eat them?

Who do they suit best?

Even though you don’t have to need it to actually eat it, the goji berry particularly suits some specific profiles such as:

Thanks to all its nutritional qualities, the goji berry is praised by sportspeople who wish to increase their energy levels while maintaining healthy and natural eating habits.

The goji berry supposedly regulates the levels of blood sugar thanks to the presence of two elements the former contains: chromium and magnesium.

The high iron content found in the goji berry makes it a great ally in fighting the deficiency of red blood cells.

Do goji berries suit children?
Completely natural and rich in vitamins, the goji berry is totally adapted to children. It’s worth noting that it can sometimes prove difficult to digest (as it really stimulates the digestive system). Since it also is very energizing, it is recommended to not give it to children under 7 and to only give a few berries to children aged 7 to 10.

Goji berries: how to eat them?

As it is very energizing, the goji berry is best eaten in the morning.

So as to fully enjoy its benefits, it is better to eat it fresh. Yet, as it is difficult to find fresh goji berries in Europe, other products have been made available for consumers to enjoy the properties of that small red fruit:

Goji berries: what are the contraindications?

This harmless-looking red fruit still comes with a few restrictions:

Do note that even if you don’t fall in any of these two groups, digestive intolerance (pains, nausea, constipation) can be caused by eating goji berries. These symptoms generally appear right after starting the course of treatment and stop on their own after a few days.

Our selection of goji berries

A small beauty and health concentrate, the goji berry is the best ally of anyone who wishes to rejuvenate their skin and boost their organism. 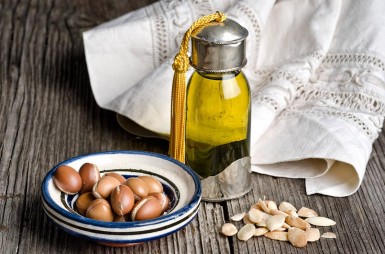 Argan oil: discover the benefits of this miraculous oil
◀◀ 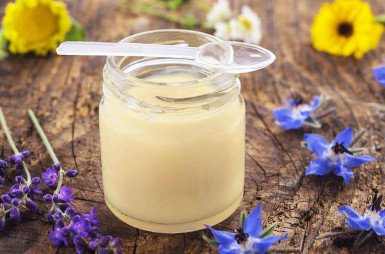